The Benefit of a Jessners Peel:

One good thing about the human skin, is that it is a living organism that is capable of regeneration. Without you even noticing, your skin cells are always dying off and being replaced by new ones. Skin contains natural collagen, which keeps it plump and taught. Over time, the aging process causes skin cells to regenerate at a much slower rate. This can make your skin more susceptible to premature aging. A quality Jessner peel can speed up this regeneration process and bring back youthful looking skin. The Jessner peel was created by an American dermatologist named Dr. Max Jessner. His unique formulation contains salicylic acid, lactic acid and resorcinol. Combining these three ingredients together creates a mild, light peel that can be tolerated by most people. Jessner peels are commonly performed by a dermatologist or skincare professional. They are often recommended to patients who have mild to severe acne prone skin. Acne skin conditions are difficult to treat, and require removing the top layer of skin in order to clear up the inflammation. When a Jessner peel is applied, it can gently burn away these oil-filled skin cells, and over a period of a week or so, reveal fresh, newer skin underneath that has no blemishes or visible signs of acne. Acne sufferers aren’t the only ones who are in need of a quick skin regeneration treatment. People who want to stop the signs of visible aging are also good candidates for the Jessner peel. As you go about your normal day, your skin is constantly being attacked by natural elements like the sun’s rays or biting cold winds during the winter. Over time, this causes the skin to lose critical moisture and collagen.

What exactly is Lactic Acid? Most people associate the word “lactic” with milk, dairy products as well as muscle soreness and fatigue, but most aren’t aware that lactic acid is also known to be a naturally occurring human metabolite, and in combination with the other ingredients of Jessner Peel, there is actually a lesser opportunity for any allergic reactions. Lactic acid is considered to be less harsh and more moisturizing than skin peels consisting primarily of glycolic acid. It is also a meticulous exfoliation substance which is mainly responsible for the removal of the outer layer of thick and damaged skin in the Jessner Peel treatment. If used for prolonged periods of time, lactic acid has been known to be quite beneficial in the improvement of dry skin, dealing with age spots, making oily and acne prone skin much better as well as lessening the occurrence of fine lines and wrinkles. The primary reason why these three ingredients are so effective in unison is because it is known to slow down the manufacturing of oil while simultaneously healing the skin of any deformities, especially in regard to acne. 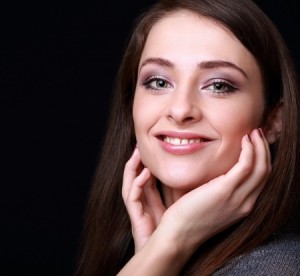